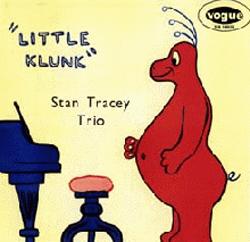 Dream Of Many Colours

A Walk In The Park

In Britain, the way I
feel and hear it, there are regrettably few musicians who take their
jazz seriously. I don’t mean the “starve in a garret jazz for jazz sake”
type of seriousness. I mean the musicians who, when they play jazz treat
the whole process with discrimination, taste and forethought.

On these tracks we are
fortunate to hear three such musicians.

The percussive sounds
are dispensed by PHIL SEAMEN. Phil, of course, is no newcomer to the
jazz scene; he has served his apprenticeship the hard way. Playing all
types of music with all types of bands and orchestras. He is equally
at home in a recording studio, a theatre orchestra pit or a jazz session.
With or without music in front of him his main interest is to play the
best possible combination of sounds to enhance the music he is playing
and, above all, that it should swing. He has set himself a superhuman
task and succeeds more often than not. By sheer power of will and his
innate feeling for percussive sounds, Phil has “rushed in where angels
fear to tread” to come out with flying colours. He is one of the truly
“all round” “all rounders” when it comes to drumming.

He is not by any means
the slick, stick-twiddling fool that is so many peoples idea of a drummer,
and I am told by experts that he even holds his sticks incorrectly.

I can only hope that the
experts can play as well as Phil does on these tracks.

The bass sounds are produced
by KENNY NAPPER. Kenny was attracted to the string bass as naturally
as water finds its own level. Starting on piano he experienced great
discomfort having to battle against the hopeful, hit or miss techniques
of his early colleagues. Having a “natural” “bass-ear” he decided to
do something about it and turned his attention to the string bass.

He is meticulous, studious
and serious about his music without being in the least stuffy. He is,
I suppose, what is referred to as a “perfectionist”, when a word is
wanted to describe someone who feels that if a task is worth doing it
is worth doing to the best of one’s ability. Every note he plays is
a challenge to him – not only must it be true in pitch but also in length
and timbre. Each sound is carefully cultivated in his own private hot-house
before it is put out on show.

Now we come to the instigator
of the whole affair – STAN TRACEY. The titles are all Tracey originals
and these compositions, together with his work on piano and vibes, give
a very fair picture of Stan’s musical capabilities. To my knowledge
Stan Tracey first came on the scene about ten years ago. I have a vague
memory of him playing accordion on a relief trio for Mecca. To be honest
the only thing I can now recall is that the bass player worked a hi-hat
pedal on the “off-beats” throughout the session as well as playing bass.

It was a few years later
when he emerged as a pianist. It was almost as if he had been sorting
himself out before coming out into the open. His conception of jazz
has never been in the “current trend”, and because of this he has never
enjoyed the popularity many of his contemporaries have done.

The vibes came later and
just as insidiously – one day they arrived and before you could say
Thelonious Monk, he was playing vibes. Stan has, among other things,
been accused of aping American pianists, but I think it fairer to state
that any similarity is due to the influence of approach rather than
style. He selects notes and chords from the piano keyboard and vibraphone
bars rather like someone choosing hors’ d’oeuvre. No wild flourish of
notes – no flaying left hand – just well chosen, tasteful sounds. These
sounds, augmented by the sensitive, full-toned bass of Kenny Napper
and the drive of Phil Seamen’s drums, made this recording inanimate
proof that Britain can produce jazz that is not just a faithful exercise
in mimicry but a plain honest-to-goodness example of well played, well
conceived music.

I am of the opinion that
jazz will become, in all probability, the first world-wide folk music,
and therefore find it gratifying that these three musicians felt it
worth while to put thought and effort into these tracks. Take Phil’s
work on “FREE” with the five tuneable drums for one example. It is easy
to call such an idea a gimmick and forget all about it, but those drums
didn’t just happen to be tuned that way when they left the shop.

However, I will not go
into any airy-fairy meanderings about the various tracks.

You’ve got this far – put it on. Listen, and listen well; this is not
music to chatter to.

POSTSCRIPT Since the above
was written for the original release of the L.P. much has been happening
to Stan Tracey’s music. Recently he has deservedly enjoyed a certain
amount of Fame but unfortunately not enjoyed the Fortune that should
go with it. But such is the lot of a truly creative composer.

His ‘Under Milk Wood’
(1965), ‘Alice in Jazzland’ (1966), and ‘With Love, From Jazz’ (1968)
have all been raved about and voted ‘Record of the Year’. Each one of
these L.P’s is a fine example of how Stan has gradually and doggedly
evolved rather than changed. True, he now uses Combos and Big Bands
but the tunes you hear on these ‘Little Klunk’ tracks are the embryo
sounds of what was to come. Even his solo L.P., ‘In Person’ (1967) shows
us just how Stan Tracey’s music has grown.

His music has also enjoyed
a small amount of public exposure at Concerts and Tours but far too
little in my opinion. I can only hope that the plans and projects that
Stan has in mind for the future receive the acclaim they are bound to
deserve. I am convinced there is a lot more to come out of him yet and
see no reason why he shouldn’t be proclaimed ‘Musician of the Year’
for 1969 and ’70 as well as ’67 and ’68.

Meanwhile, enjoy this
re-issue and amuse yourselves by trying to imagine how these tracks
would sound had they been recorded in 1969 instead of ’59. Any combination
you like. It’s easy because Stan Tracey is not just a piano player who
writes tunes, he is a composer who happens to use a piano and the music
he invents would sound great on almost anything!